Maximize the Power of Role Play in Sales 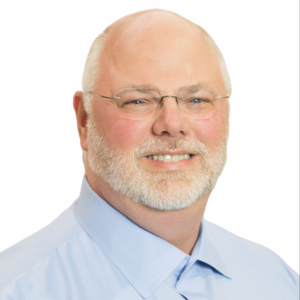 It’s unfortunate that role play has a low level of acceptance in many sales organizations. Done well, it’s one of the very best ways to train, coach, and improve skill levels. I’m not going to attempt to convince you that role play is an outstanding learning or performance improvement tool. For that, see why it’s time to get serious about purposeful practice in the sales profession.

In this post, I’ll share role play and simulation types and considerations for incorporating these practices into your onboarding, ongoing development, and sales methodology implementations. Many of these options can be conducted both virtually and in person.

Also referred to as A/B role play, this type can be done with an enablement specialist, sales trainer, peer, fellow learner, manager, leader, or other sales coach. It’s an excellent method for demonstrations and for conducting Understanding Checks during field training or coaching.

This is a common role play used in sales training courses, with three roles: salesperson, customer, and observer/coach. Usually, each person gets to play each role (three role plays per Triad). Sometimes, due to time limitations, only one student gets to play the sales role. I respect the time crunch, but while the others may learn through observation, I’d stress that this is less than optimal. If the words aren’t coming out of the learner’s mouth, it’s not the same type of learning experience.

A “fishbowl” is when a role play occurs in front of a group of people. It can be done in virtual instructor-led training (vILT) with or without video, or in a classroom ILT setting. Fishbowls take longer because one person at a time plays the sales role in front of others, but they are a great vehicle for getting a wide range of feedback from multiple observers. To be valuable, a professional trainer or coach should lead the debrief and ensure adherence to effective feedback guidelines. (Since fishbowls put salespeople into “the hot seat” by design, it’s important to ensure psychological safety.)

This type of role play is a form of the fishbowl where the sales role rotates among participants, usually in quick succession, where one picks up where another left off. Often the instructor or sales manager plays the customer role for consistency. Either everyone can be an observer/coach, or you can leave the coaching to the instructor. Round-robin role plays are generally high-energy activities but are not a good vehicle for skill validation or certification.

These are often used in triads but may be used in any role play. This technique is designed to create as real a simulation as possible for role-play practice. After single-skill practices or other forms of learning, the scenario role play is often used to “pull it all together” and test the rep’s understanding, judgment, and skill use in a realistic scenario. Cases or scenarios are often built from real customer situations that were culled from interviews with subject matter experts during the training design and development. These role plays can double as learning sessions or skill validations or certifications.

Developing training by business process and performance milestones prepares the rep for the real world. I’ve also used them as the foundation for a day-long skills certification program, with executives and actors playing the customer role and the sessions being recorded for review, coaching, and certification.

People will naturally start to critique themselves first. Redirect that and shape them into the right pattern and habits. This cultivates a growth mindset and most importantly, creates a positive, supportive environment of psychological safety and learning.

Should you stop a role play act in motion (call a “time-out”) to provide feedback or redirect the learners? This is always a judgment call, but I typically base my decision on:

The purpose of practice is to hone skills, and skills get honed when practiced using the frameworks and models taught in the class.

Behaviors can be shaped over time, so it may depend on whether it’s the very first skill practice or a later rehearsal. The purpose of practice is to hone skills, and skills get honed when practiced using the frameworks and models taught in the class. It won’t help to just let the rep do what they normally do versus using best practices and it also won’t help if the customer role is completely unrealistic. Those are the best times to pause and redirect, in my opinion. Without veering off into a debate on perfectionism (I’m not advocating for it), keep the old adage in mind that “Perfect practice makes perfect.”

Talking Through the Role Play vs. Playing the Role

Over the years, I’ve seen this more than I ever imagined I would. Some reps seem to have a mental block about putting themselves into the role and speaking with their customer role partner as if they were in a real customer discussion. Their go-to approach is to tell you what they would say and talk-through the role play. It’s not easy sometimes, but if you want to help them, it’s important to coach and redirect until they are playing the role. It’s okay to talk through the strategy and how you plan to do something, but that is not the same as actually doing it.

Explore Sales Coaching Excellence to capitalize on these recommendations and incorporate purposeful practice into your training sales coaching.

Sales Coaching Excellence is a training program that provides a solid framework to transform sales managers into sales coaches. Fast-track your sales talent development through coaching.

Gain a competitive advantage with the help of analytics, tools and training. ​

Have You Been Missing Out?